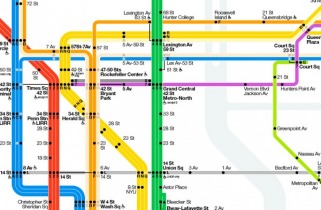 The Mode of Transportation is a gargantuan, cultured nation, ruled by Pete Buttigieg with an iron fist, and renowned for its teetotalling pirates, enslaved workforce, and irreverence towards religion. The hard-nosed, hard-working, cynical population of 15.757 billion urbanists are ruled with an iron fist by the corrupt, dictatorship government, which oppresses anyone who isn't on the board of a Fortune 500 company. Large corporations tend to be above the law, and use their financial clout to gain ever-increasing government benefits at the expense of the poor and unemployed.

The enormous, corrupt, pro-business government juggles the competing demands of Industry, Healthcare, and Education. It meets to discuss matters of state in the capital city of downtown. The average income tax rate is 98.3%.

The frighteningly efficient urbanist economy, worth a remarkable 3,465 trillion infrastructures a year, is quite specialized and mostly comprised of black market activity, especially in Tourism, Information Technology, Gambling, and Woodchip Exports. Average income is an amazing 219,949 infrastructures, but there is a vast disparity between incomes, with the richest 10% of citizens earning 1,739,319 per year while the poor average 6,784, a ratio of 256 to 1.

Claiming to have performed the Heimlich Maneuver is a popular defense for assault charges, air purifiers fight smoke machines on urbanist stage setups, from the highest mountain to the deepest cave - one can always count on finding a good cell signal in Transportation, and military parades quietly tiptoe their way through the streets. Crime, especially youth-related, is totally unknown. Transportation's national animal is the high-speed rail, which frolics freely in the nation's many lush forests, and its national religion is smart growth.

Transportation is ranked 2,036th in the world and 1st in Seinfeld for Most Efficient Economies, scoring 100.55 on the Krugman-Greenspan Business Outlook Index.