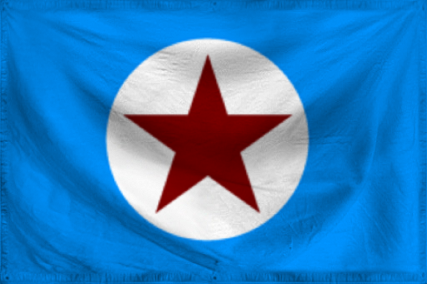 The Democracy of Torisakia is a gargantuan, environmentally stunning nation, ruled by President Doug McDowell with a fair hand, and renowned for its unlimited-speed roads, daily referendums, and restrictive gun laws. The compassionate, hard-working, democratic, cheerful population of 22.195 billion Torisakians hold their civil and political rights very dear, although the wealthy and those in business tend to be viewed with suspicion.

The medium-sized, liberal, outspoken government prioritizes Education, with Industry, Healthcare, and Welfare also on the agenda, while Spirituality and Defense are ignored. It meets to discuss matters of state in the capital city of Tokai. The average income tax rate is 67.9%, and even higher for the wealthy.

The frighteningly efficient Torisakian economy, worth a remarkable 2,991 trillion Torisakian Dollars a year, is quite specialized and led by the Tourism industry, with major contributions from Book Publishing and Information Technology. Average income is an impressive 134,775 Torisakian Dollars, and evenly distributed, with the richest citizens earning only 2.2 times as much as the poorest.

Ambitious "businessmen" use their children to sell and advertise their products, the government helps teach children how to kill a man from six paces, no animal is considered endangered if there's another that looks kind of like it, and children often explain to their parents that the Mega Ultimate Sword Fist was worth the thousand-Torisakian Dollar charge on their phone bill. Crime is totally unknown, thanks to a capable police force and progressive social policies in education and welfare. Torisakia's national animal is the Ice Bird, which is also the nation's favorite main course.

Torisakia is ranked 91,767th in the world and 119th in Atlantian Oceania for Most Valuable International Artwork, with 0.06 Bank.