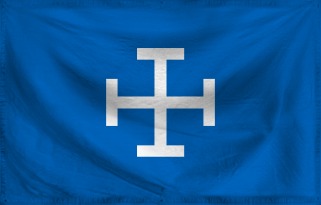 The Constitutional monarchy of Toonu Empire is a massive, efficient nation, ruled by His Imperial Majesty Toonu the I with an even hand, and renowned for its free-roaming dinosaurs, complete lack of prisons, and suspicion of poets. The hard-nosed, hard-working population of 4.947 billion Toonu Empire's peoples have some civil rights, but not too many, enjoy the freedom to spend their money however they like, to a point, and take part in free and open elections, although not too often.

The relatively small government juggles the competing demands of Industry, Defense, and Education. It meets to discuss matters of state in the capital city of Aurelia. The average income tax rate is 28.7%.

The frighteningly efficient Toonu Empirean economy, worth 564 trillion Imperial Crowns a year, is fairly diversified and led by the Tourism industry, with major contributions from Arms Manufacturing, Retail, and Information Technology. Black market activity is frequent. Average income is an impressive 114,010 Imperial Crowns, and evenly distributed, with the richest citizens earning only 3.3 times as much as the poorest.

New legislators take a week-long class entitled "Keeping Your Job: How to Avoid Offending His Imperial Majesty Toonu the I", janitors and factory workers are often better educated than the bosses they work for, the government frequently panders to parents with boutique tax credits, and the government's official stance on religion is that it is so very silly. Crime, especially youth-related, is a problem, perhaps because of the country's complete lack of prisons. Toonu Empire's national animal is the F-22 Raptor, which frolics freely in the nation's many lush forests, and its national religion is Atheism.

Toonu Empire is ranked 57,516th in the world and 23rd in Kerbin for Largest Populations, with 4.95 billion Capita.