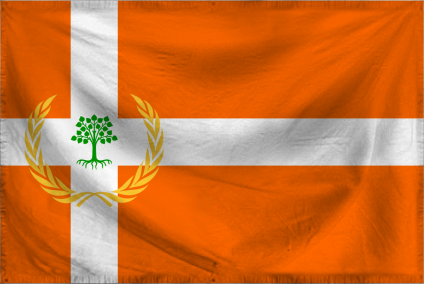 The Parliamentary Republic of Tithio is a massive, safe nation, ruled by king William Borallistadu with an even hand, and notable for its museums and concert halls, free-roaming dinosaurs, and pith helmet sales. The compassionate population of 2.044 billion Tithioans are fiercely patriotic and enjoy great social equality; they tend to view other, more capitalist countries as somewhat immoral and corrupt.

The enormous, socially-minded government juggles the competing demands of Education, Administration, and Healthcare. It meets to discuss matters of state in the capital city of Issphollos. The average income tax rate is 93.3%, and even higher for the wealthy.

The frighteningly efficient Tithioan economy, worth 247 trillion Royallas a year, is highly specialized and led by the Information Technology industry, with significant contributions from Book Publishing, Tourism, and Trout Farming. State-owned companies are common. Average income is an impressive 121,052 Royallas, and distributed extremely evenly, with practically no difference between the richest and poorest citizens.

Cyber-crime and tin-foil hat sales are both increasing at record rates, the army lures cannon fodder with promises of a college education, gift baskets often contain working nukes, and banning party poppers has been a real party pooper. Crime is totally unknown, thanks to a well-funded police force and progressive social policies in education and welfare. Tithio's national animal is the Great yellow Owl, which soars majestically through the nation's famously clear skies, and its national religion is Olobluthos.

Tithio is ranked 24,608th in the world and 333rd in the West Pacific for Most Rebellious Youth, scoring 1 on the Stark-Dean Displacement Index.