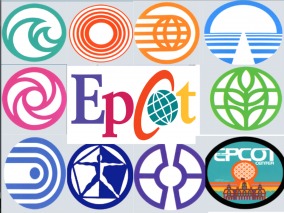 The EPCOT and Conch Republic of Timmy City is a gargantuan, environmentally stunning nation, ruled by President Ban Ki Moon with a fair hand, and renowned for its museums and concert halls, pith helmet sales, and unlimited-speed roads. The compassionate, hard-working, democratic, cheerful, devout population of 18.786 billion Conches enjoy a sensible mix of personal and economic freedoms, while the political process is open and the people's right to vote held sacrosanct.

The medium-sized, outspoken government juggles the competing demands of Education, Industry, and Public Transport. It meets to discuss matters of state in the capital city of AlertNunavut. The average income tax rate is 54.6%, and even higher for the wealthy.

The frighteningly efficient TC Conch economy, worth a remarkable 4,541 trillion Osperitas a year, is quite specialized and led by the Tourism industry, with significant contributions from Book Publishing, Information Technology, and Furniture Restoration. State-owned companies are reasonably common. Average income is an amazing 241,759 Osperitas, and evenly distributed, with the richest citizens earning only 2.0 times as much as the poorest.

Government officials sit helplessly as they are labelled 'Pompous Womples' by celebrities, gossip magazines have pictures of President Ban Ki Moon sunbathing on the beach with political rivals, billions of Osperitas are spent to take high-quality photos of the Girffafe Nebula, and citizens are deployed to barren deserts to protect small territorial claims. Crime is totally unknown. Timmy City's national animal is the girffafe, which frolics freely in the nation's many lush forests, and its national religion is Christianity.

Timmy City is ranked 4,707th in the world and 1st in Empire of Andrew for Most Influential, scoring 15,709 on the Soft Power Disbursement Rating.