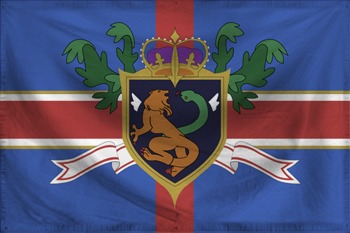 The Federation of Tiger District is a gargantuan, pleasant nation, notable for its closed borders, state-planned economy, and rampant corporate plagiarism. The hard-nosed, humorless, devout population of 10.673 billion Tiger Districtians are highly moralistic and fiercely conservative, in the sense that they tend to believe most things should be outlawed. People who have good jobs and work quietly at them are lauded; others are viewed with suspicion.

The medium-sized, corrupt government is effectively ruled by the Department of Defense, although Education, Law & Order, and Administration are also considered important, while Social Policy and International Aid are ignored. It meets to discuss matters of state in the capital city of Tiger Districtian City. Citizens pay a flat income tax of 62.9%.

The strong Tiger Districtian economy, worth a remarkable 1,234 trillion tiglets a year, is driven entirely by a combination of government and state-owned industry, with private enterprise illegal. However, for those in the know, there is an enormous, deeply entrenched black market in Arms Manufacturing, Furniture Restoration, Cheese Exports, and Beef-Based Agriculture. The private sector mostly consists of enterprising ten-year-olds selling lemonade on the sidewalk, but the government is looking at stamping this out. Average income is an impressive 115,690 tiglets, but there is a significant disparity between incomes, with the richest 10% of citizens earning 351,270 per year while the poor average 29,610, a ratio of 11.9 to 1.

Genetic researchers have been expelled, the line of people waiting for a visa interview in front of foreign embassies is typically a mile long, abortion is only legal in unusual circumstances, and factories place endangered birds in their rafters in pursuit of government protections. Crime, especially youth-related, is totally unknown, thanks to a capable police force and progressive social policies in education and welfare. Tiger District's national animal is the tiger.

Tiger District is ranked 47,871st in the world and 10th in Seven To Many for Most Advanced Public Education, scoring 3,525.71 on the Edu-tellignce® Test Score.