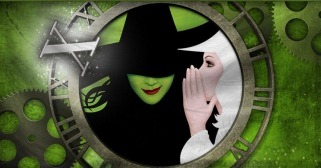 The Principality of The Wicked Win is a colossal, efficient nation, remarkable for its burgeoning cat population. The hard-nosed, hard-working, democratic population of 9.575 billion Wicked Winians enjoy frequent elections, which are uniformly corrupted by big-spending corporations buying politicians who best suit their interests.

The very strong Wicked Winian economy, worth 645 trillion Coins a year, is broadly diversified and led by the Trout Farming industry, with major contributions from Furniture Restoration, Automobile Manufacturing, and Pizza Delivery. Average income is 67,375 Coins, but there is a significant disparity between incomes, with the richest 10% of citizens earning 205,819 per year while the poor average 17,095, a ratio of 12.0 to 1.

Crime is moderate, with the police force struggling against a lack of funding and a high mortality rate. The Wicked Win's national animal is the cat, which frolics freely in the nation's many lush forests.

The Wicked Win is ranked 184,888th in the world and 2nd in The Combination of Controversial States for Nudest, with 56.25 Cheeks Per Square Mile.