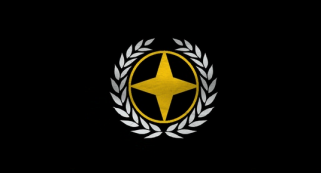 The Universal Union of The V O I D is a gargantuan, orderly nation, ruled by Overseer Galdon with an iron fist, and renowned for its keen interest in outer space, ubiquitous missile silos, and suspicion of poets. The hard-nosed, hard-working, cynical, humorless population of 17.973 billion Voidborne are kept under strict control by the oppressive government, which measures its success by the nation's GDP and refers to individual citizens as "human resources."

The medium-sized, corrupt, well-organized government juggles the competing demands of Defense, Law & Order, and Industry. It meets to discuss matters of state in the capital city of Central Complex. The average income tax rate is 73.8%.

The all-consuming Voidborne economy, worth a remarkable 3,963 trillion Credits a year, is broadly diversified and mostly comprised of black market activity, especially in Arms Manufacturing, Information Technology, Automobile Manufacturing, and Retail. State-owned companies are reasonably common. Average income is an amazing 220,502 Credits, and evenly distributed, with the richest citizens earning only 4.6 times as much as the poorest.

Big Brother is still watching even when your big brother is dead, criminals are really screwed, in a fit of passion Overseer Galdon has shredded thirty years' worth of petitions, and sex changes are routinely performed at The V O I D's hospitals. Crime, especially youth-related, is totally unknown, thanks to the all-pervasive police force. The V O I D's national animal is the Entity, which teeters on the brink of extinction due to widespread deforestation, and its national religion is Voidism.