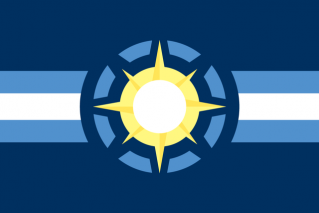 The Nomadic Peoples of The Utes is a colossal, socially progressive nation, ruled by Bender - First of His Name with a fair hand, and notable for its museums and concert halls, absence of drug laws, and spontaneously combusting cars. The hard-nosed, hard-working, democratic population of 8.166 billion Utesians live in a state of perpetual fear, as a complete breakdown of social order has led to the rise of order through biker gangs.

The medium-sized, corrupt, liberal, pro-business, outspoken government juggles the competing demands of Education, Industry, and Administration. It meets to discuss matters of state in the capital city of Gambiniland. The average income tax rate is 90.1%.

The frighteningly efficient Utesian economy, worth a remarkable 3,638 trillion Invisible Sanddollars a year, is broadly diversified and mostly comprised of black market activity, especially in Retail, Information Technology, Gambling, and Soda Sales. Average income is an amazing 445,613 Invisible Sanddollars, and evenly distributed, with the richest citizens earning only 3.2 times as much as the poorest.

The roar of the Niagara 3000 mega-loo can be heard several blocks away, school children asked "what is two times two?" are likely to form a symposium to discuss how different answers make them feel, athletic teenagers are among the wealthiest members of society, and millions of simultaneously backfiring toilets have flooded Gambiniland with effluent. Crime, especially youth-related, is all-pervasive, perhaps because of the country's complete lack of prisons. The Utes's national animal is the Robert, which is also the nation's favorite main course, and its national religion is The Lack Thereof.

The Utes is ranked 243,405th in the world and 9th in Hollow Point for Most Primitive, scoring -716.7 on the Scary Big Number Scale.