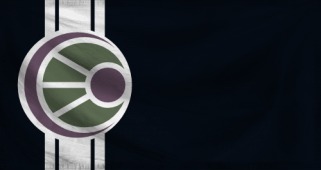 The Co-Prosperity Tetrasphere of The United Dominion is a gargantuan, environmentally stunning nation, renowned for its compulsory military service, infamous sell-swords, and state-planned economy. The hard-nosed, humorless population of 20.637 billion ixee have some civil rights, but not too many, enjoy the freedom to spend their money however they like, to a point, and take part in free and open elections, although not too often.

The large government juggles the competing demands of Defense, Law & Order, and Environment. The average income tax rate is 66.4%, and even higher for the wealthy.

The strong ixee economy, worth a remarkable 1,592 trillion manganese chips a year, is driven entirely by a combination of government and state-owned industry, with private enterprise illegal. The industrial sector, which is broadly diversified, is led by the Information Technology industry, with significant contributions from Tourism, Arms Manufacturing, and Beef-Based Agriculture. Average income is 77,181 manganese chips, and distributed extremely evenly, with little difference between the richest and poorest citizens.

School plays were recently banned due to concerns of child endangerment, the government is spending millions on renovating the public transportation system, police officers have been re-kitted with designer uniforms and gold plated handcuffs, and government-run screening operations remove embryos with severe genetic disorders. Crime, especially youth-related, is totally unknown, thanks to a well-funded police force and progressive social policies in education and welfare. The United Dominion's national animal is the water eft, which frolics freely in the nation's many lush forests.

The United Dominion is ranked 83,985th in the world and 32nd in The Local Cluster for Most Developed, scoring 58.32 on the Human Development Index.