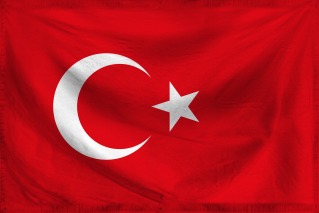 The Kemalist Republic of The Turkish-State is a colossal, environmentally stunning nation, ruled by President Devlet Bahçeli with an even hand, and remarkable for its compulsory military service. The democratic population of 6.184 billion Turks are fiercely patriotic and enjoy great social equality; they tend to view other, more capitalist countries as somewhat immoral and corrupt.

The medium-sized government juggles the competing demands of Education, Welfare, and Healthcare. It meets to discuss matters of state in the capital city of Ankara. The average income tax rate is 28.7%, but much higher for the wealthy.

The large but inefficient Turkish economy, worth 201 trillion Turkic Manats a year, is led by the Trout Farming industry, with significant contributions from Pizza Delivery, Soda Sales, and Retail. State-owned companies are common. Average income is 32,569 Turkic Manats, and evenly distributed, with the richest citizens earning only 2.1 times as much as the poorest.