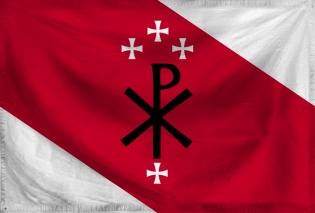 The Order of The Templar High Council is a gargantuan, cultured nation, ruled by Knight-Commander Cyrus Reticio with an even hand, and notable for its parental licensing program, daily referendums, and keen interest in outer space. The hard-nosed, humorless, devout population of 17.314 billion Templars have some civil rights, but not too many, enjoy the freedom to spend their money however they like, to a point, and take part in free and open elections, although not too often.

The government — a sprawling, bureaucracy-choked, corrupt morass — juggles the competing demands of Defense, Law & Order, and Spirituality. It meets to discuss matters of state in the capital city of Rosewall. The average income tax rate is 90.0%, and even higher for the wealthy.

The all-consuming Templaric economy, worth a remarkable 1,707 trillion Crosses a year, is highly specialized and mostly made up of the Arms Manufacturing industry, with significant contributions from Gambling, Information Technology, and Beef-Based Agriculture. Black market activity is frequent. Average income is 98,615 Crosses, and distributed extremely evenly, with little difference between the richest and poorest citizens.

Scientists regularly clone human beings for research purposes, the military recognizes no difference between male and female soldiers, concussed Assassinball players cannot remember their lineup position, and people accuse the government of being in bed with Big Safety. Crime is totally unknown, thanks to the all-pervasive police force and progressive social policies in education and welfare. The Templar High Council's national animal is the Assassin, which teeters on the brink of extinction due to widespread deforestation, and its national religion is Christianity.

The Templar High Council is ranked 224,315th in the world and 4th in The Council of The Multiverse for Largest Automobile Manufacturing Sector, scoring -12.25 on the Henry Ford Productivity Index.

Most Recent Government Activity: 93 minutes ago