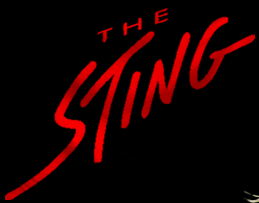 The Empire of The Sting is a gargantuan, environmentally stunning nation, renowned for its absence of drug laws. The hard-nosed, hard-working, democratic population of 12.844 billion Stingians live in a state of perpetual fear, as a complete breakdown of social order has led to the rise of order through biker gangs.

The thriving Stingian economy, worth 662 trillion Stings a year, is broadly diversified and led by the Gambling industry, with major contributions from Information Technology, Automobile Manufacturing, and Tourism. Average income is 51,617 Stings, but there is a significant disparity between incomes, with the richest 10% of citizens earning 182,709 per year while the poor average 10,528, a ratio of 17.4 to 1.

Crime is a problem, with the police force struggling against a lack of funding and a high mortality rate. The Sting's national animal is the bee, which soars majestically through the nation's famously clear skies.

The Sting is ranked 190,227th in the world and 3rd in Novo Tarea for Largest Governments, scoring 9.11 on the Bureaucratic Comprehensiveness Rating Scale Index.