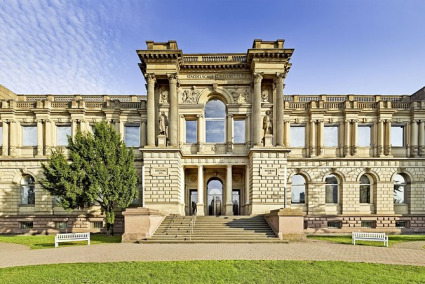 The Principality of The Staedl Musuem Frankfurt is a massive, socially progressive nation, ruled by Petra Roth with a fair hand, and notable for its state-planned economy, irreverence towards religion, and absence of drug laws. The hard-nosed, democratic population of 1.262 billion Frankfurters hold their civil and political rights very dear, although the wealthy and those in business tend to be viewed with suspicion.

The medium-sized, corrupt, liberal, outspoken government juggles the competing demands of Education, Industry, and Administration. It meets to discuss matters of state in the capital city of Frankfurt. The average income tax rate is 68.2%, and even higher for the wealthy.

The frighteningly efficient Staedl Musuem Frankfurtian economy, worth 255 trillion Euros a year, is driven entirely by a combination of government and state-owned industry, with private enterprise illegal. However, for those in the know, there is an enormous, deeply entrenched, broadly diversified black market in Information Technology, Book Publishing, Arms Manufacturing, and Retail. The private sector mostly consists of enterprising ten-year-olds selling lemonade on the sidewalk, but the government is looking at stamping this out. Average income is an amazing 202,616 Euros, and evenly distributed, with the richest citizens earning only 2.1 times as much as the poorest.

Earthquake sirens are a leading cause of hearing loss, untold millions of Euros are going into a new government-funded maternity leave scheme, serial commas clarify the relationship between one's lackeys, the taxpayers, and kinsfolk, and cat memes without alt text are now illegal. Crime, especially youth-related, is moderate, perhaps because of the country's complete lack of prisons. The Staedl Musuem Frankfurt's national animal is the Reichsadler, which teeters on the brink of extinction due to widespread deforestation, and its national religion is Katholism.

The Staedl Musuem Frankfurt is ranked 6,057th in the world and 5th in United Earth Government for Highest Poor Incomes, with 136,085.98 Standard Monetary Units.