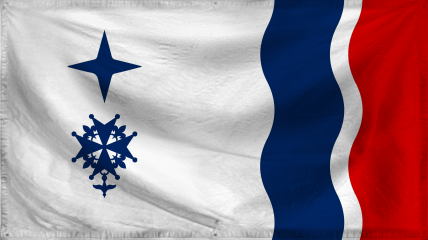 The Soviet state of Svalbard

The Alpine Kingdom of The Soviet state of Svalbard is a colossal, environmentally stunning nation, ruled by HRM Rioeste I with an even hand, and remarkable for its complete lack of prisons, irreverence towards religion, and devotion to social welfare. The compassionate, democratic, cheerful population of 7.521 billion Svalbardians enjoy extensive civil freedoms, particularly in social issues, while business tends to be more regulated.

The large, liberal government prioritizes Education, although Environment, Administration, and Healthcare are also considered important, while Spirituality receives no funds. It meets to discuss matters of state in the capital city of Trondelang. The average income tax rate is 99.6%.

The frighteningly efficient Svalbardian economy, worth a remarkable 1,716 trillion BCS a year, is driven entirely by a combination of government and state-owned industry, with private enterprise illegal. The industrial sector, which is highly specialized, is mostly made up of the Information Technology industry, with significant contributions from Book Publishing, Tourism, and Trout Farming. Average income is an amazing 228,191 BCS, and distributed extremely evenly, with little difference between the richest and poorest citizens.

The tenet of free speech is held dear, airplanes have giant grilles on their noses to knock drones out of their path, cheese has become the new icon of political dissent, and surveillance cameras are banned. Crime is totally unknown. The Soviet state of Svalbard's national animal is the No-anime penguin, which frolics freely in the nation's sparkling oceans.

The Soviet state of Svalbard is ranked 541st in the world and 2nd in Northern Utopia for Most Advanced Public Education, scoring 28,690.23 on the Edu-tellignce® Test Score.