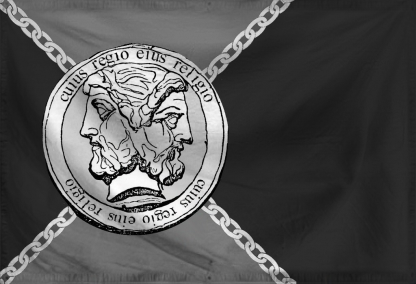 The Empire of The Sovereign Realist State is a massive, safe nation, ruled by Proconsulate with an even hand, and remarkable for its triple-decker prams, compulsory military service, and spontaneously combusting cars. The hard-nosed, hard-working population of 2.473 billion realists are highly moralistic and fiercely conservative, in the sense that they tend to believe most things should be outlawed. People who have good jobs and work quietly at them are lauded; others are viewed with suspicion.

The relatively small government juggles the competing demands of Education, Healthcare, and Administration. It meets to discuss matters of state in the capital city of Eisenkanzler. Citizens pay a flat income tax of 20.9%.

The strong Sovereign Realist Statean economy, worth 179 trillion mets a year, is broadly diversified and led by the Information Technology industry, with significant contributions from Arms Manufacturing, Automobile Manufacturing, and Woodchip Exports. Average income is 72,423 mets, with the richest citizens earning 7.3 times as much as the poorest.

The Sovereign Realist State is ranked 86,758th in the world and 64th in Catholic for Most Popular Tourist Destinations, with 593.26 Tourists Per Hour.