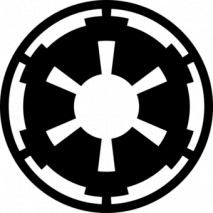 The Empire of The Sovereign Imperial Overlords is a gargantuan, orderly nation, ruled by OVERLORD with an iron fist, and renowned for its barren, inhospitable landscape, frequent executions, and compulsory military service. The hard-nosed, cynical, humorless population of 22.532 billion Sovereign Imperial Overlordsians are kept under strict control by the oppressive government, which measures its success by the nation's GDP and refers to individual citizens as "human resources."

The medium-sized, corrupt, moralistic, well-organized government is primarily concerned with Defense, with Law & Order also on the agenda, while Welfare and Social Policy receive no funds. It meets to discuss matters of state in the capital city of The Imperial City. The average income tax rate is 99.1%.

International trade is a sticky issue, wars of expansion are described as "peacekeeping operations", politicians are often seen with soldiers pointing guns at their heads, and the nation's navy has been named the scourge of the seven thousand seas. Crime, especially youth-related, is totally unknown, thanks to a very well-funded police force and progressive social policies in education and welfare. The Sovereign Imperial Overlords's national animal is the Titan, which teeters on the brink of extinction due to widespread deforestation, and its national religion is Overlordism.

The Sovereign Imperial Overlords is ranked 43,857th in the world and 665th in Osiris for Most Extreme, scoring 32.55 on the Paul-Nader Subjective Decentrality Index.