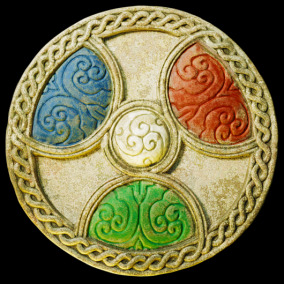 The Hivemind of The Seid is a gargantuan, safe nation, ruled by everyone with a fair hand, and renowned for its vat-grown people, feral children, and punitive income tax rates. The compassionate, democratic, cheerful population of 25.802 billion minds hold their civil and political rights very dear, although the wealthy and those in business tend to be viewed with suspicion.

The enormous, liberal, outspoken government prioritizes Education, although Healthcare, Defense, and Social Policy are also considered important, while Spirituality isn't funded at all. It meets to discuss matters of state in the capital city of our brains. The income tax rate is 100%.

The frighteningly efficient Seidian economy, worth an astonishing 11,251 trillion thoughts a year, is driven entirely by a combination of government and state-owned industry, with private enterprise illegal. The industrial sector, which is highly specialized, is dominated by the Information Technology industry, with significant contributions from Book Publishing, Tourism, and Arms Manufacturing. Average income is an amazing 436,077 thoughts, and distributed extremely evenly, with little difference between the richest and poorest citizens.

The state auctions off combat drones to fund war reparations, Seidian novella fans become unusually flustered when thinking about everyone, the new Refuse Hills housing development is under construction, and prank shows are so hot right now. Crime is totally unknown. The Seid's national animal is the individual, which frolics freely in the nation's many lush forests, and its national religion is us.

The Seid is ranked 79th in the world and 1st in the Rejected Realms for Most Scientifically Advanced, scoring 1,680.44 on the Kurzweil Singularity Index.