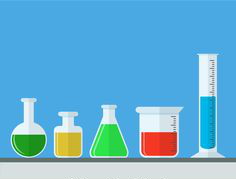 The Undeniable Wisdom of The Scientific Method is a gargantuan, socially progressive nation, notable for its absence of drug laws. The hard-nosed, hard-working population of 36.084 billion Scientific Methodians enjoy extensive civil freedoms, particularly in social issues, while business tends to be more regulated.

The medium-sized government juggles the competing demands of Education, Healthcare, and Welfare. The average income tax rate is 26.3%.

The Scientific Methodian economy, worth a remarkable 1,447 trillion discoveries a year, is quite specialized and led by the Gambling industry, with major contributions from Cheese Exports, Information Technology, and Uranium Mining. Average income is 40,109 discoveries, and evenly distributed, with the richest citizens earning only 3.6 times as much as the poorest.

Euthanasia is legal, organ donation is compulsory, the government is avowedly atheist, and the latest Harry Potter book is a bestseller. Crime is moderate, with the police force struggling against a lack of funding and a high mortality rate. The Scientific Method's national animal is the lab assistant.

The Scientific Method is ranked 62,818th in the world and 3rd in Science for Most Avoided, scoring 4.94 on the Kardashian Reflex Score.