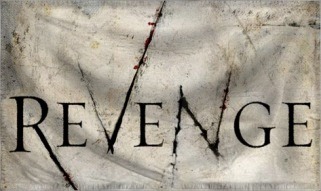 The Revenge of Rover

The Unleashing of The Revenge of Rover is a gargantuan, orderly nation, ruled by Butch with an iron fist, and notable for its museums and concert halls, public floggings, and ban on automobiles. The hard-nosed, cynical, humorless, devout population of 13.378 billion Roverians are ruled by a mostly-benevolent dictator, who grants the populace the freedom to live their own lives but watches carefully for anyone to slip up.

The medium-sized, corrupt, well-organized government juggles the competing demands of Industry, Defense, and Administration. It meets to discuss matters of state in the capital city of Dogleash. The average income tax rate is 36.1%.

The frighteningly efficient Revenge of Roverian economy, worth a remarkable 1,640 trillion Ducats a year, is fairly diversified and mostly comprised of black market activity, especially in Arms Manufacturing, Woodchip Exports, Book Publishing, and Basket Weaving. State-owned companies are reasonably common. Average income is an impressive 122,640 Ducats, with the richest citizens earning 5.3 times as much as the poorest.

Pregnancy tests are under fire from the government for being marketed only to women, burning yourself alive is not okay but starving and whipping yourself is fine, a ban on unsolicited cold calling in all forms is in effect, and chess defeat has made Butch the laughingstock of dictators and grandmasters alike. Crime, especially youth-related, is totally unknown, thanks to a capable police force and progressive social policies in education and welfare. The Revenge of Rover's national animal is the Dog, which teeters on the brink of extinction due to widespread deforestation, and its national religion is Tailwagging.

The Revenge of Rover is ranked 40,323rd in the world and 4th in Grand Central for Highest Wealthy Incomes, with 263,251 Standard Monetary Units.