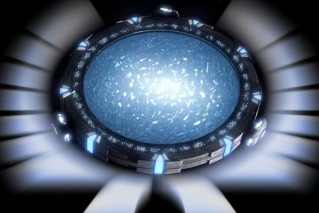 The Puddle Jumping Wads of Wrapper

The -Former- GA Delegation of The Puddle Jumping Wads of Wrapper is a colossal, safe nation, ruled by Ambassador Wad Ari Alaz with an even hand, and remarkable for its anti-smoking policies, absence of drug laws, and devotion to social welfare. The compassionate, democratic population of 9.615 billion Wads have some civil rights, but not too many, enjoy the freedom to spend their money however they like, to a point, and take part in free and open elections, although not too often.

The large government prioritizes Education, although Environment, Welfare, and Healthcare are also considered important, while Defense and Spirituality aren't funded at all. It meets to discuss matters of state in the capital city of Wormhole City. The average income tax rate is 78.8%.

The frighteningly efficient Wrapperian economy, worth a remarkable 1,104 trillion chewing gums a year, is quite specialized and led by the Information Technology industry, with significant contributions from Tourism and Book Publishing. State-owned companies are common. Average income is an impressive 114,905 chewing gums, and evenly distributed, with the richest citizens earning only 3.6 times as much as the poorest.

An epidemic of unpopped kernels causes movie goers to gnash their teeth, drunk drivers are sent to rehabilitation paid for by the government, the nation forgives those who are big enough to admit they made a mistake, and geosynchronous satellites are now manned by unpaid interns. Crime is totally unknown. The Puddle Jumping Wads of Wrapper's national animal is the slack-jawed jumping bean, which frolics freely in the nation's many lush forests.

The Puddle Jumping Wads of Wrapper is ranked 14,994th in the world and 1st in Stargate Command for Highest Average Tax Rates, with 78.84 Effective Tax Rate.