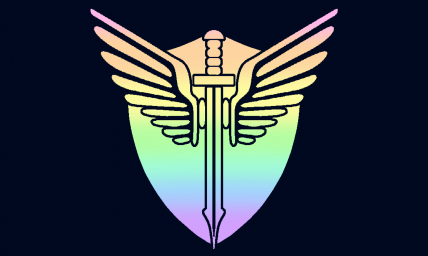 The Merciless of The Promethean Kings is a colossal, pleasant nation, remarkable for its smutty television. The hard-nosed, hard-working population of 6.699 billion Promethean Kings have some civil rights, but not too many, enjoy the freedom to spend their money however they like, to a point, and take part in free and open elections, although not too often.

The medium-sized government juggles the competing demands of Defense, Education, and Law & Order. It meets to discuss matters of state in the capital city of Death Metal. The average income tax rate is 29.6%.

The Promethean Kingsian economy, worth 259 trillion rupees a year, is quite specialized and led by the Pizza Delivery industry, with major contributions from Arms Manufacturing, Retail, and Automobile Manufacturing. Average income is 38,689 rupees, and evenly distributed, with the richest citizens earning only 3.6 times as much as the poorest.

People's charity begins and ends at home, people accuse the government of being in bed with Big Safety, The Promethean Kings has been recently classified as an international menace after 'liberating' several nearby territories, and former arsonists can be found on local fire brigades. Crime, especially youth-related, is moderate. The Promethean Kings's national animal is the lion, which can occasionally be seen sifting through garbage in the nation's cities, and its national religion is Yeezianity.

The Promethean Kings is ranked 159,297th in the world and 1,548th in Artificial Solar System for Lowest Crime Rates, with 56.61 Law-abiding Acts Per Hour.