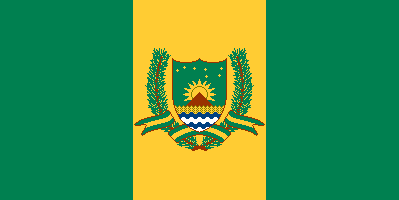 The Commonwealth of The Plough Islands is a colossal, efficient nation, ruled by Dale Piper with an even hand, and notable for its smutty television, sprawling nuclear power plants, and suspicion of poets. The compassionate population of 7.495 billion Plough Islanders are fiercely patriotic and enjoy great social equality; they tend to view other, more capitalist countries as somewhat immoral and corrupt.

The government — a sprawling, bureaucracy-choked, socially-minded morass — prioritizes Education, although Healthcare, Environment, and Welfare are also considered important, while Spirituality and International Aid are ignored. It meets to discuss matters of state in the capital city of Sutton. The average income tax rate is 95.5%.

The all-consuming Plough Islander economy, worth 777 trillion shillings a year, is driven entirely by a combination of government and state-owned industry, with private enterprise illegal. The industrial sector, which is extremely specialized, is mostly made up of the Information Technology industry, with significant contributions from Trout Farming. Average income is an impressive 103,748 shillings, and distributed extremely evenly, with practically no difference between the richest and poorest citizens.

Sleep-deprived officials are known to collapse after late night revision for their examinations, armed war-criminals gain asylum if deemed 'fabulous' enough, elections are won by the candidate who makes the best 'yo mama' jokes, and NationStates is now a popular brand of laxatives despite Max Barry's protests. Crime, especially youth-related, is totally unknown, thanks to a very well-funded police force and progressive social policies in education and welfare. The Plough Islands's national animal is the red fox, which frolics freely in the nation's many lush forests.

The Plough Islands is ranked 24,839th in the world and 9th in Zimbabwe for Highest Economic Output, with 777 trillion Standard Monetary Units.