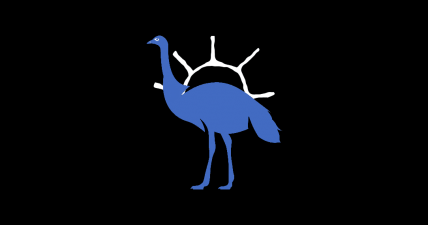 The State of The Orson Empire is a gargantuan, safe nation, ruled by Jerick Pallas with a fair hand, and remarkable for its multi-spousal wedding ceremonies, absence of drug laws, and devotion to social welfare. The hard-nosed, democratic, humorless, devout population of 22.503 billion Orsonians are free to do what they want with their own bodies, and vote for whomever they like in elections; if they go into business, however, they are regulated to within an inch of their lives.

The medium-sized, corrupt government prioritizes Law & Order, with Education, Healthcare, and Industry also on the agenda, while Environment and Spirituality aren't funded at all. It meets to discuss matters of state in the capital city of Ravenwood. The average income tax rate is 86.5%, and even higher for the wealthy.

The frighteningly efficient Orsonian economy, worth a remarkable 4,988 trillion Kirahes a year, is driven entirely by a combination of government and state-owned industry, with private enterprise illegal. The industrial sector, which is fairly diversified, is led by the Arms Manufacturing industry, with major contributions from Information Technology, Uranium Mining, and Woodchip Exports. Average income is an amazing 221,690 Kirahes, and distributed extremely evenly, with little difference between the richest and poorest citizens.

Even doll houses and dog kennels have to be able to withstand rigorous earthquake testing, poaching has been on the rise after animals from the nation's zoos were released into the wild, in a fit of passion Jerick Pallas has shredded thirty years' worth of petitions, and war is made in the name of love. Crime, especially youth-related, is totally unknown, thanks to the all-pervasive police force and progressive social policies in education and welfare. The Orson Empire's national animal is the Kangaroo, which teeters on the brink of extinction due to widespread deforestation, and its national religion is --------.

The Orson Empire is ranked 34,123rd in the world and 1st in Empire of Andrew for Largest Pizza Delivery Sector, scoring 4,088.5 on the Pepperoni Propulsion Productivity Index.