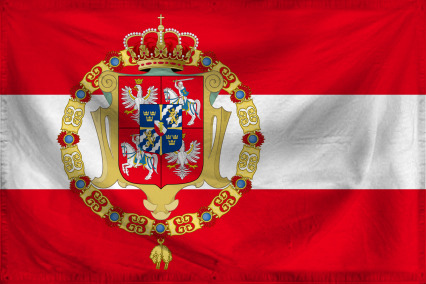 The Tripartite Archduchy of The North Polish Union is a colossal, genial nation, ruled by Marszałek Polski Józef Klemens Piłsudski with an even hand, and notable for its anti-smoking policies, sprawling nuclear power plants, and avowedly heterosexual populace. The compassionate, devout population of 7.013 billion Poles are highly moralistic and fiercely conservative, in the sense that they tend to believe most things should be outlawed. People who have good jobs and work quietly at them are lauded; others are viewed with suspicion.

The medium-sized government prioritizes Spirituality, with Law & Order, Education, and Healthcare also on the agenda, while Defense and Social Policy aren't funded at all. It meets to discuss matters of state in the capital city of Gdańsk. The average income tax rate is 39.1%, but much higher for the wealthy.

The Polish economy, worth 235 trillion n00bs a year, is driven almost entirely by government activity. The industrial sector is mostly comprised of enterprising ten-year-olds selling lemonade on the sidewalk, although the government is looking at stamping this out. Average income is 33,645 n00bs, and evenly distributed, with the richest citizens earning only 2.0 times as much as the poorest.

The dead are minced up and sold to people in burger form, most people suffer from some form of hearing loss, prime picnicking sites are being paved over in the name of progress, and the people are famous throughout the region for their bleached-white teeth. Crime, especially youth-related, is totally unknown, thanks to the all-pervasive police force and progressive social policies in education and welfare. The North Polish Union's national animal is the Elf, which frolics freely in the nation's many lush forests, and its national religion is Catholicism.

The North Polish Union is ranked 193,104th in the world and 10th in Slavia for Fattest Citizens, with 9.03 Obesity Rate.