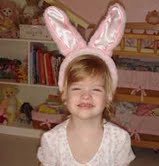 The Winding Trail of The NationStates Bunny is a gargantuan, safe nation, renowned for its barren, inhospitable landscape, state-planned economy, and complete lack of prisons. The hard-nosed, democratic population of 41.347 billion NationStates Bunnyians have some civil rights, but not too many, enjoy the freedom to spend their money however they like, to a point, and take part in free and open elections, although not too often.

The large government juggles the competing demands of Public Transport, Law & Order, and Education. The average income tax rate is 46.9%, but much higher for the wealthy.

The strong NationStates Bunnyian economy, worth a remarkable 1,584 trillion easter eggs a year, is driven entirely by a combination of government and state-owned industry, with private enterprise illegal. The industrial sector, which is quite specialized, is led by the Uranium Mining industry, with significant contributions from Woodchip Exports, Information Technology, and Pizza Delivery. Average income is 38,333 easter eggs, and evenly distributed, with the richest citizens earning only 2.9 times as much as the poorest.

Legislation sometimes has to battle through weeks of filibustering to pass, wealthy parents-to-be can select their perfect baby, it is illegal for police officers to carry out searches due to strict privacy laws, and prime commercial land is being swamped with archaeological teams. Crime, especially youth-related, is totally unknown, thanks to a well-funded police force and progressive social policies in education and welfare. The NationStates Bunny's national animal is the bunny of course, which teeters on the brink of extinction due to widespread deforestation.

The NationStates Bunny is ranked 139,669th in the world and 109th in Texas for Most Patriotic, with 9.64 flags saluted per person per day.