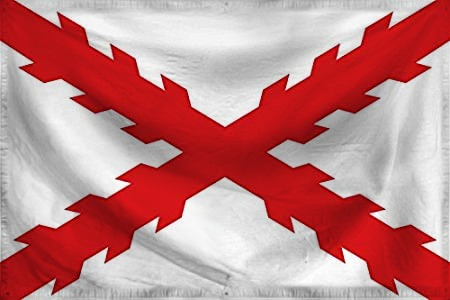 The Empire of The Modern New Spanish Empire is a massive, safe nation, ruled by Recolone with a fair hand, and notable for its rum-swilling pirates, vat-grown people, and devotion to social welfare. The compassionate, democratic population of 4.428 billion Spanishes enjoy a sensible mix of personal and economic freedoms, while the political process is open and the people's right to vote held sacrosanct.

The enormous, outspoken government juggles the competing demands of Healthcare, Education, and Administration. It meets to discuss matters of state in the capital city of Atlantis. The average income tax rate is 71.6%, and even higher for the wealthy.

The all-consuming Modern New Spanish Empirean economy, worth 321 trillion Memecoins a year, is quite specialized and led by the Information Technology industry, with major contributions from Book Publishing, Woodchip Exports, and Cheese Exports. State-owned companies are reasonably common. Average income is 72,522 Memecoins, and distributed extremely evenly, with little difference between the richest and poorest citizens.

The "temporary replacement bus service" is now a permanent fixture, the government has officially clarified that "wee on your hands to save time" does not count as proper hygiene, Recolone is too busy listening to praise to get any work done, and homeowners on prime real estate have been seen dodging giant bulldozers with cartoon characters painted on them. Crime is totally unknown, thanks to a well-funded police force and progressive social policies in education and welfare. The Modern New Spanish Empire's national animal is the Dolphin, which frolics freely in the nation's sparkling oceans, and its national religion is Memenism.

The Modern New Spanish Empire is ranked 211,518th in the world and 307th in Anteria for Most Patriotic, with 3.38 flags saluted per person per day.