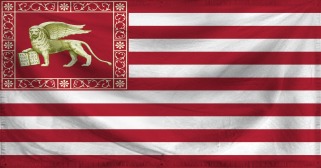 The Pretitle of The Marconian State is a massive, environmentally stunning nation, ruled by Leader with a fair hand, and renowned for its rum-swilling pirates, unlimited-speed roads, and stringent health and safety legislation. The compassionate, democratic, cheerful population of 3.983 billion Marconians hold their civil and political rights very dear, although the wealthy and those in business tend to be viewed with suspicion.

The medium-sized, liberal government juggles the competing demands of Education, Administration, and Industry. It meets to discuss matters of state in the capital city of CAPITAL CITY. The average income tax rate is 91.8%, and even higher for the wealthy.

The frighteningly efficient Marconian economy, worth 740 trillion Currencies a year, is quite specialized and led by the Information Technology industry, with significant contributions from Tourism, Book Publishing, and Retail. State-owned companies are common. Average income is an impressive 185,979 Currencies, and evenly distributed, with the richest citizens earning only 2.2 times as much as the poorest.

The right school tie opens more doors than the right qualification, politicians tend to jump ship to whichever party is currently leading in the polls, the new national anthem passes the Turing Test, and CAPITAL CITY's flashy holiday light displays can be seen from space. Crime is totally unknown. The Marconian State's national animal is the National Animal, which is also the nation's favorite main course, and its national religion is Religion.

The Marconian State is ranked 7,689th in the world and 14th in Thaecia for Highest Average Incomes, with 185,979.6 Standard Monetary Units.

Most Recent Government Activity: 26 minutes ago

The Islamic Country of Honour,

The United Socialist Republic of India,

Food can into Space,

Hoping For The Best,

The Royal Court of Kuivhin,