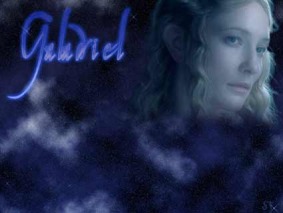 The Lady of Lorien

The Amorous Adventures of The Lady of Lorien is a gargantuan, orderly nation, notable for its barren, inhospitable landscape, anti-smoking policies, and sprawling nuclear power plants. The hard-nosed, hard-working, cynical, humorless, devout population of 22.914 billion Lorienians are ruled with an iron fist by the corrupt, dictatorship government, which oppresses anyone who isn't on the board of a Fortune 500 company. Large corporations tend to be above the law, and use their financial clout to gain ever-increasing government benefits at the expense of the poor and unemployed.

The all-consuming the Lady of Lorienian economy, worth a remarkable 2,100 trillion White Rings a year, is driven entirely by a combination of government and state-owned industry, with private enterprise illegal. The industrial sector, which is broadly diversified, is led by the Arms Manufacturing industry, with significant contributions from Automobile Manufacturing, Gambling, and Pizza Delivery. Average income is 91,671 White Rings, but there is an enormous disparity between incomes, with the richest 10% of citizens earning 498,601 per year while the poor average 8,665, a ratio of 57.5 to 1.

Military service is compulsory, billions of White Rings are being blown on orbital weapons development, senior citizens can usually be found doing heavy manual labour, and phone taps are frequently carried out by the police. Crime, especially youth-related, is almost non-existent, thanks to a well-funded police force. The Lady of Lorien's national animal is the Elf, which teeters on the brink of extinction due to widespread deforestation.