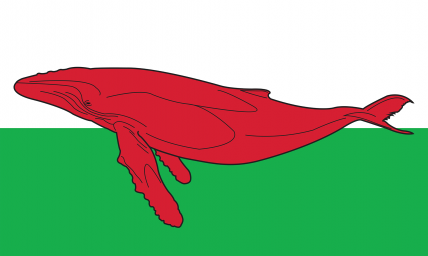 The Confederacy of The Goggles is a gargantuan, orderly nation, ruled by Wonko the Sane with an iron fist, and notable for its fear of technology, lack of airports, and suspicion of poets. The hard-nosed, hard-working, cynical, humorless, devout population of 21.238 billion Gogglesians are kept under strict control by the oppressive government, which measures its success by the nation's GDP and refers to individual citizens as "human resources."

The tiny, corrupt, moralistic, well-organized government prioritizes Defense, although Law & Order, Industry, and Spirituality are also considered important, while Environment and Welfare receive no funds. It meets to discuss matters of state in the capital city of Lamuella. Income tax is unheard of.

The frighteningly efficient Gogglesian economy, worth an astonishing 12,822 trillion Triganic Pus a year, is broadly diversified and led by the Arms Manufacturing industry, with significant contributions from Uranium Mining, Woodchip Exports, and Retail. Black market activity is extensive. State-owned companies are reasonably common. Average income is a breathtaking 603,759 Triganic Pus, but there is an enormous disparity between incomes, with the richest 10% of citizens earning 3,476,034 per year while the poor average 50,263, a ratio of 69.2 to 1.

The country has been 'going shopping' by annexing nearby nations for their resources, the Great Gogglesian Desert is reputedly the most uninhabitable place in the region, truncheon-mounted cameras record the beating of criminals in dynamic HD detail, and The Goggles is suspiciously populated compared to its neighbors. Crime, especially youth-related, is totally unknown, thanks to a capable police force. The Goggles's national animal is the Bugblatter Beast, which is also the nation's favorite main course, and its national religion is Saneism.

The Goggles is ranked 241,696th in the world and 2nd in The New Old South for Most Advanced Public Education, scoring -85.56 on the Edu-tellignce® Test Score.