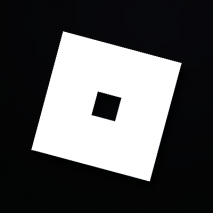 The Gamers of Roblox

The Republic of The Gamers of Roblox is a massive, genial nation, ruled by SkyKae with a fair hand, and renowned for its teetotalling pirates, devotion to social welfare, and stringent health and safety legislation. The compassionate, democratic population of 2.574 billion Robloxians are fiercely patriotic and enjoy great social equality; they tend to view other, more capitalist countries as somewhat immoral and corrupt.

The medium-sized, socially-minded government juggles the competing demands of Defense, Education, and Administration. It meets to discuss matters of state in the capital city of Roblox HQ. The average income tax rate is 76.0%, and even higher for the wealthy.

The frighteningly efficient Robloxian economy, worth 340 trillion Robuxes a year, is driven entirely by a combination of government and state-owned industry, with private enterprise illegal. The industrial sector, which is broadly diversified, is led by the Information Technology industry, with significant contributions from Tourism, Arms Manufacturing, and Basket Weaving. Average income is an impressive 132,373 Robuxes, and distributed extremely evenly, with little difference between the richest and poorest citizens.

Tourists on boat cruises can't figure out why they smell so fishy afterward, extraordinary tribunals try accused financial criminals, The Gamers of Roblox recently hosted the least successful trade negotiations since The Phantom Menace, and space shuttles regularly launch rubbish into space. Crime, especially youth-related, is totally unknown, thanks to a capable police force and progressive social policies in education and welfare. The Gamers of Roblox's national animal is the Robloxian, which frolics freely in the nation's many lush forests, and its national religion is Christianity.

The Gamers of Roblox is ranked 297,217th in the world and 4th in The True Wildcats for Fattest Citizens, with 5.09 Obesity Rate.