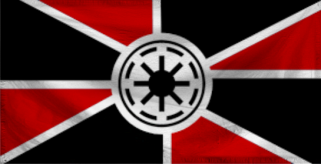 The Golden Sleepy Cat of The Galactic RepubIlic is a massive, efficient nation, ruled by Emperor Victor I with a fair hand, and renowned for its digital currency, irreverence towards religion, and suspicion of poets. The hard-nosed, hard-working, democratic, humorless population of 2.253 billion Galactic RepubIlicians enjoy a sensible mix of personal and economic freedoms, while the political process is open and the people's right to vote held sacrosanct.

The relatively small, corrupt government juggles the competing demands of Industry, Defense, and Education. It meets to discuss matters of state in the capital city of Orhill. The average income tax rate is 21.8%.

The frighteningly efficient Galactic RepubIlician economy, worth 470 trillion Galactic Shenes a year, is broadly diversified and dominated by the Information Technology industry, with significant contributions from Arms Manufacturing, Retail, and Uranium Mining. Black market activity is rampant. Average income is an amazing 208,712 Galactic Shenes, and evenly distributed, with the richest citizens earning only 3.4 times as much as the poorest.

The government is a proud sponsor of the National Gaming Association, children gain their first sex education from reading the dictionary, government statisticians explain census inaccuracies by declaring that "Sith happens", and old folks reminisce about the last time someone was acquitted of a crime. Crime, especially youth-related, is totally unknown. The Galactic RepubIlic's national animal is the Monster Dog, which teeters on the brink of extinction due to widespread deforestation.