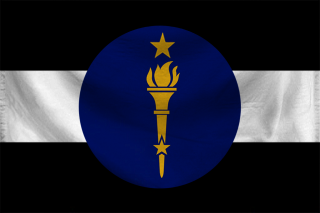 The Imperial Commonwealth of The Empire of Rijelv is a gargantuan, socially progressive nation, ruled by Queen-Empress Sophia with a fair hand, and renowned for its irreverence towards religion, compulsory gun ownership, and devotion to social welfare. The hard-nosed, hard-working, democratic, humorless population of 10.308 billion Rijelvians hold their civil and political rights very dear, although the wealthy and those in business tend to be viewed with suspicion.

The medium-sized, corrupt, liberal government prioritizes Defense, although Education, Industry, and Administration are also considered important, while Spirituality is ignored. It meets to discuss matters of state in the capital city of Lüsiia. The average income tax rate is 98.5%.

The frighteningly efficient Rijelvian economy, worth a remarkable 4,478 trillion Jolvs a year, is broadly diversified and led by the Information Technology industry, with major contributions from Arms Manufacturing, Tourism, and Book Publishing. Black market activity is extensive. Average income is an amazing 434,513 Jolvs, and distributed extremely evenly, with little difference between the richest and poorest citizens.

More than one company makes the board game Monopoly, fifteen-year-olds cannot walk younger siblings to school without a professional Childcare and Education Certificate, the nation's biggest export is stupidity, and the government spends more on chasing distant comets than on basic infrastructure. Crime is totally unknown. The Empire of Rijelv's national animal is the dolphin, which frolics freely in the nation's sparkling oceans, and its national religion is Secularism.

The Empire of Rijelv is ranked 2,480th in the world and 66th in The East Pacific for Largest Retail Industry, scoring 23,585.37 on the Shrinkwrap Consignment Productivity Index.

The Death Syndicate, and 92 others.