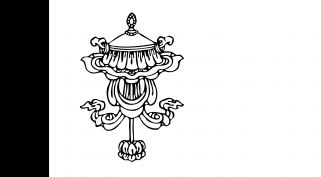 The 美尻 of The Emperor Fenix is a gargantuan, genial nation, ruled by Creeping Horror with a fair hand, and remarkable for its keen interest in outer space, vat-grown people, and anti-smoking policies. The compassionate, democratic, cheerful population of 41.443 billion Citizens hold their civil and political rights very dear, although the wealthy and those in business tend to be viewed with suspicion.

The medium-sized, outspoken government is primarily concerned with Education, although Social Policy, Healthcare, and Environment are also considered important, while Defense and Spirituality receive no funds. It meets to discuss matters of state in the capital city of 一切皆苦. The average income tax rate is 91.4%, and even higher for the wealthy.

The frighteningly efficient Citizen economy, worth a remarkable 8,607 trillion Money Particles a year, is quite specialized and mostly made up of the Information Technology industry, with significant contributions from Book Publishing, Retail, and Automobile Manufacturing. State-owned companies are common. Average income is an amazing 207,700 Money Particles, and distributed extremely evenly, with little difference between the richest and poorest citizens.

The prevalence of circular logic frequently renders parliamentary observers dizzy, every workday begins with group therapy, schools have extensive counseling programs for troubled students, and self-driving cars obey the road rules even during emergencies. Crime is totally unknown. The Emperor Fenix's national animal is the Tapeworm, which frolics freely in the nation's many lush forests, and its national religion is Śūnyatā.

The Emperor Fenix is ranked 6,052nd in the world and 2nd in Command and Conquer Universe for Most Influential, scoring 11,797 on the Soft Power Disbursement Rating.