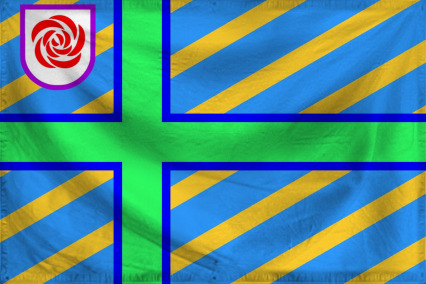 The Federal Republic of The Earths people is a massive, environmentally stunning nation, ruled by Victoriam Democratiam with an even hand, and notable for its parental licensing program, frequent executions, and stringent health and safety legislation. The compassionate population of 1.826 billion People of the earth are fiercely patriotic and enjoy great social equality; they tend to view other, more capitalist countries as somewhat immoral and corrupt.

The enormous, socially-minded government juggles the competing demands of Administration, Healthcare, and Education. It meets to discuss matters of state in the capital city of Democratia. The average income tax rate is 78.3%, and even higher for the wealthy.

The thriving Earths person economy, worth 147 trillion Democratic Dollars a year, is quite specialized and led by the Book Publishing industry, with major contributions from Basket Weaving, Uranium Mining, and Woodchip Exports. State-owned companies are common. Average income is 80,871 Democratic Dollars, and distributed extremely evenly, with practically no difference between the richest and poorest citizens.

Girls who wear lipstick are berated for pandering to male gazes, future forecasters fearfully discuss grey goo and human obsolescence, twins move across the country to avoid being accused of the other's crimes, and only clowns with PhDs from clown college can advise Victoriam Democratiam on The Earths people's coulrophobia epidemic. Crime, especially youth-related, is totally unknown, thanks to a well-funded police force and progressive social policies in education and welfare. The Earths people's national animal is the Turtle, which frolics freely in the nation's sparkling oceans, and its national religion is Common Sense.

The Earths people is ranked 3,347th in the world and 9th in The Free Nations Region for Most World Assembly Endorsements, with 69 valid endorsements.

The Federation of The Clone Trooper Amry,