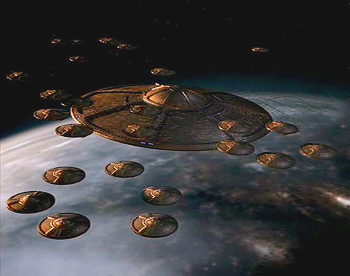 The CUP Imperial Province of The CUD is a gargantuan, cultured nation, ruled by Da Gong Nio with an even hand, and notable for its free-roaming dinosaurs, enslaved workforce, and national health service. The hard-nosed, hard-working, cynical, devout population of 33.566 billion Confederates have some civil rights, but not too many, enjoy the freedom to spend their money however they like, to a point, and take part in free and open elections, although not too often.

The medium-sized, corrupt government juggles the competing demands of Education, Defense, and Industry. It meets to discuss matters of state in the capital city of Duron. The income tax rate is 100%.

The frighteningly efficient a Confederate economy, worth an astonishing 23,163 trillion Silver Seers a year, is broadly diversified and mostly comprised of black market activity, especially in Information Technology, Book Publishing, Arms Manufacturing, and Automobile Manufacturing. Average income is a breathtaking 690,101 Silver Seers, but there is an enormous disparity between incomes, with the richest 10% of citizens earning 3,606,859 per year while the poor average 70,955, a ratio of 50.8 to 1.

Politicians preface their speeches with a declaration that any resemblance to speeches given by individuals living or dead is purely coincidental, the new cheese tax is colloquially known as "wheel welfare", it's considered a civil right to be allowed to neglect and mistreat your own children, and hundreds of subterranean tunnels are being built as part of "Project Morlock". Crime, especially youth-related, is all-pervasive, probably because of the absence of a police force. The CUD's national animal is the Jaguar, which teeters on the brink of extinction due to widespread deforestation.

The CUD is ranked 858th in the world and 9th in Eladen for Largest Basket Weaving Sector, scoring 11,396.62 on the Hickory Productivity Index.

Most Recent Government Activity: 42 days ago