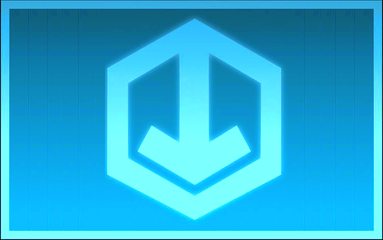 The ExaCivilization of
The Ctan Species
Scandinavian Liberal Paradise

The ExaCivilization of the Ctan Species

Official Flag of the Ctan Civilization

Motto: Freedom is the right of all sentient beings.

The ExaCivilization of the Ctan Species is a gargantuan, open-minded and extremely advanced multiversal civilization with a population of hundreds of centillions. The Ctan Civilization is located deep inside of the exo-universal subspace. It is among the very oldest sentient species in the multiverse - existing in its current form for billions of years. The Ctan are revered for their elegance, diplomacy and superior capabilities, making them one of the most loved and feared species.

The Ctan are a sentient species of meta-dimensional, super-symmetric, dark-energy entities with a size of ~0.75 nanometer. They have a multi-billion year lifespan and the ability of instantaneous communication and travel throughout the multiverse and basic space-time dimensional manipulation via subquantum powerscaling. They have a non-linear space-time perception. The Ctan are mostly living in higher-dimensional reality-layers.

To interact with organic species Ctan are able to change themselves into a macroscopic physical form. Such interactions with biological species are often done for social, diplomatic or scientific reasons (e.g. exosociology). Thus over the eons people of a number of organic species were allowed to migrate to the Ctan Civilization. Nowadays nearly all members of these organic species identify themselves as Ctan as they are fully integrated and accepted citizens. The inclusivity level is almost symbiotic. These organic species combined, account for only a microscopically tiny fraction of a percent of the overall population of the Ctan Civilization - considering the sheer size of the population of the Ctan Species.

The careing and compassionate Ctan Civilization is fanatically dedicated to freedom, self-fulfillment and stability.

The curious, open-minded and hedonistic Ctan Species is extremely committed to secure its civilization for eternity. To reach that goal the Ctan are manipulating the underlying substructure of the multiverse. Additionally they created civilization-back-ups using hidden meta-realms of non-linear time. To maintain the capacity to act on a multiversal scale and against high-potential multiversal entities, the Ctan Species is directing an extremely massive ammount of ressources to continually accumulate more scientific knowledge.

The Ctan are evolved far past the point where the term 'economy' has any meaning. The Ctan Civilization is altering reality and time on an meta-dimensional scale - using extremely advanced subquantum space-time-manipulation and even more exotic means.

Billions of years ago the Ctan Species left the universes and migrated to an artificially created isolated submetrionic microstructure. The microstructure is a submetrionic n-dimensional manifold 'bubble' - physically isolated from the multiverse. It was created using a non-euclidean, inverse-scaled space-time geometry and thus has a real-space diameter of only ~10-³²m but has more than 750 quintillion standard universes on the inside. The Submetrionic Subspace Sanctuary is made of compressed space-time and it is armored through auto-adaptive multi-layered subquantum reality-walls. It has its own isolated space-time reality.

To further improve the survivability, the entire Submetrionic Subspace Sanctuary is located inside of an iso-dimensional tensor ellipse that exists in a meta-stable superposition 'between' hundreds of octillions of hidden quantum-entangled microlocations. Inside of its inaccessible submetrionic sanctuary, the Ctan are able to survive even the complete annihilation of the multiverse. Thus they are among the best protected species ever existed.

The Ctan Species is almost as old as the multiverse. Originally the Ctan Species inhabited the gravity wells of stars and on rare occasions they made contact to organic species (e.g. Necrontyr). Billions of years later, after massive scientific and technological singularities, the entire Ctan Civilization left the universes and migrated to its highly secured Submetrionic Subspace Sanctuary (→geography).

Additionally, as mentioned before, the Ctan Species was able to temporally duplicate itself and its entire race so that it exists in a continual time loop that resets at the end of the multiverse and goes back to the beginning so their knowledge and technology continues accumulating. Therefor the relative age of the Ctan Civilization is effectively infinite. Thus for aeons the Ctan continued to be among the most advanced and stable multiversal civilizations.

The main goal of the careing and efficient Ctan government is to preserve stability and maintain the security of the civilization and thus guaranteeing the freedom and prosperity of all Ctan. For billions of years the political and cultural system is meta-stable on all temporal reality-layers.

Compared to most other multiversal civilizations, the Ctan Species has extremely large and advanced Defence Forces.

The monolithic Defence Forces are defending the Ctan Civilization with multiversal warfare-entities, semi-sentient multiversal reality-scramblers as well as a multitude of 'equipment' and infrastructure formed by thousands of centillions of meta-dimensional 'Combat AttoBots' each.

The tactical infrastructure of the civilization is extremely resistant and designed to withstand even massive multi-adversary attacks and to support sustained warfare against high potential multiversal entities and civilizations.

The capital of the Ctan Species is the non-euclidean super-maximum-security Metacomplex of Peth Kethona. It exists inside of a multitude of isolated, higher dimensional reality-layers.

The Ctan Species was one of the first species that has discovered the fundamental structure of the multiverse - and was one of the key founders of the SICON (Strategic Integrated Coalition Network) - an alliance of a number of advanced multiversal civilizations.

The ExaCivilization of the Ctan Species is represented on NS since Oct. 12, 2015.

The ExaCivilization of The Ctan Species