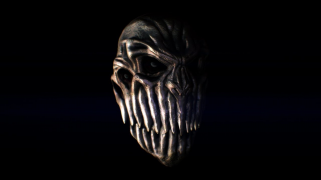 The Dominion of The Crawler is a gargantuan, orderly nation, ruled by The Crawler with an iron fist, and renowned for its public floggings, keen interest in outer space, and complete absence of social welfare. The hard-nosed, hard-working, cynical, humorless population of 19.187 billion Crawlerians are ruled with an iron fist by the corrupt, dictatorship government, which oppresses anyone who isn't on the board of a Fortune 500 company. Large corporations tend to be above the law, and use their financial clout to gain ever-increasing government benefits at the expense of the poor and unemployed.

The medium-sized, corrupt, moralistic, well-organized government juggles the competing demands of Defense, Law & Order, and Industry. It meets to discuss matters of state in the capital city of The Spire. Citizens pay a flat income tax of 44.6%.

The all-consuming Crawlerian economy, worth a remarkable 2,712 trillion nits a year, is broadly diversified and led by the Arms Manufacturing industry, with significant contributions from Uranium Mining, Woodchip Exports, and Retail. Black market activity is extensive. Average income is an impressive 141,350 nits, but there is a significant disparity between incomes, with the richest 10% of citizens earning 519,581 per year while the poor average 27,191, a ratio of 19.1 to 1.

Only the brainiest citizens become academics, beat cops aren't named for the territory they patrol, police spend their Saturday nights breaking up illegal street races, and government agents scour baking periodicals for subversive recipes. Crime, especially youth-related, is totally unknown, thanks to the all-pervasive police force. The Crawler's national animal is the skug, which teeters on the brink of extinction due to widespread deforestation.

The Crawler is ranked 23,479th in the world and 1st in Harvell for Most Influential, scoring 1,918 on the Soft Power Disbursement Rating.