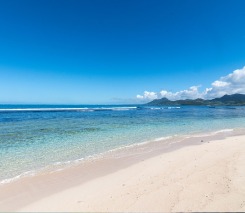 The Utopia of The Beach is a colossal, efficient nation, ruled by The Beach Bum with a fair hand, and notable for its state-planned economy, irreverence towards religion, and restrictive gun laws. The compassionate, democratic population of 9.464 billion Beachians enjoy a sensible mix of personal and economic freedoms, while the political process is open and the people's right to vote held sacrosanct.

The large, corrupt, outspoken government juggles the competing demands of Education, Environment, and Healthcare. It meets to discuss matters of state in the capital city of The Bonfire. The average income tax rate is 93.1%.

The frighteningly efficient Beachian economy, worth a remarkable 1,473 trillion sand dollars a year, is driven entirely by a combination of government and state-owned industry, with private enterprise illegal. The industrial sector, which is quite specialized, is led by the Book Publishing industry, with major contributions from Tourism, Information Technology, and Retail. Average income is an impressive 155,659 sand dollars, and evenly distributed, with the richest citizens earning only 3.7 times as much as the poorest.

Beachians have replaced bears in a popular idiom, there has been a rapid increase of noise complaints over the sound of buzzing bees, a National Academy regulates grammar and usage, and every new building project has to undergo a five-year environmental impact study before it can go ahead. Crime is totally unknown, thanks to a capable police force and progressive social policies in education and welfare. The Beach's national animal is the dolphin, which frolics freely in the nation's sparkling oceans, and its national religion is The Beach.

The Beach is ranked 290,859th in the world and 23rd in The Beach for Most Politically Apathetic Citizens, with 36.45 Whatever.