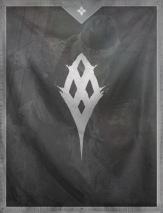 The Social Darwinist Imperium of
The Ascendant Hive
Iron Fist Consumerists
What Crota began, I complete. My will... conquers all!
Oryx the Taken King
Influence
Sprat
Region
The Pacific
Civil Rights
Unheard Of
Economy
Frightening
Political Freedom
Unheard Of

The Social Darwinist Imperium of The Ascendant Hive is a gargantuan, orderly nation, ruled by Oryx the Taken King with an iron fist, and renowned for its deadly medical pandemics, smutty television, and flagrant waste-dumping. The hard-nosed, cynical, humorless, devout population of 11.683 billion Ascendant Spawn are kept under strict control by the oppressive government, which measures its success by the nation's GDP and refers to individual citizens as "human resources."

The relatively small, corrupt, moralistic, well-organized government is primarily concerned with Defense, with Law & Order, Industry, and Education also on the agenda, while Social Policy and Environment receive no funds. It meets to discuss matters of state in the capital city of Ascendant Dreadnaught. The average income tax rate is 99.2%.

The frighteningly efficient Ascendant Brood economy, worth a remarkable 9,475 trillion Ascendant Runes a year, is driven entirely by a combination of government and state-owned industry, with private enterprise illegal. However, for those in the know, there is an enormous, deeply entrenched, broadly diversified black market in Arms Manufacturing, Information Technology, Uranium Mining, and Retail. The private sector mostly consists of enterprising ten-year-olds selling lemonade on the sidewalk, but the government is looking at stamping this out. Average income is a breathtaking 811,050 Ascendant Runes, and evenly distributed, with the richest citizens earning only 2.3 times as much as the poorest.

The government is seen to favor traditionalist religions, high-income earners pay a 100% tax rate, one lone government employee can be seen hunting for the elusive stray white dog, and there's sophisticated talk of revolution within the ever-expanding mining colonies. Crime, especially youth-related, is totally unknown, thanks to a capable police force and progressive social policies in education and welfare. The Ascendant Hive's national animal is the Ascendant Worm, which teeters on the brink of extinction due to widespread deforestation, and its national religion is the Sword-Logic.

The Ascendant Hive is ranked 927th in the world and 30th in the Pacific for Smartest Citizens, with 237.65 quips per hour.