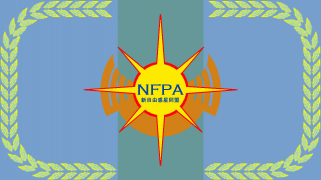 The Republic of The Akasha Colony is a gargantuan, safe nation, ruled by Governor-General Valerija Mihajlovic with a fair hand, and remarkable for its anti-smoking policies, multi-spousal wedding ceremonies, and smutty television. The compassionate, democratic, devout population of 23.674 billion Akashans hold their civil and political rights very dear, although the wealthy and those in business tend to be viewed with suspicion.

The large, liberal government juggles the competing demands of Education, Healthcare, and Defense. It meets to discuss matters of state in the capital city of Neugrad. The average income tax rate is 80.2%, and even higher for the wealthy.

The frighteningly efficient Akashan economy, worth a remarkable 2,955 trillion Union Dollars a year, is quite specialized and led by the Information Technology industry, with major contributions from Tourism, Book Publishing, and Pizza Delivery. State-owned companies are common. Average income is an impressive 124,856 Union Dollars, and distributed extremely evenly, with little difference between the richest and poorest citizens.

Retired racing Hawaiian Hawks are served truffles for breakfast, the education system is being cleansed of all corporate influence, discrimination on the basis of sexual orientation is illegal, and the government seeks peaceful forum with terrorists. Crime is totally unknown, thanks to a capable police force and progressive social policies in education and welfare. The Akasha Colony's national animal is the Hawaiian Hawk, which soars majestically through the nation's famously clear skies.

The Akasha Colony is ranked 14,870th in the world and 2nd in facebook nations for Most Subsidized Industry, scoring 6,468.86 on the Gilded Widget Scale.

Most Recent Government Activity: 97 minutes ago