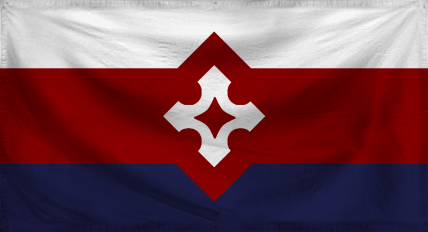 The Empire of Tertania is a colossal, efficient nation, ruled by Christopher Staveley with an even hand, and notable for its prohibition of alcohol, smutty television, and pith helmet sales. The hard-nosed, humorless population of 7.771 billion Tertanians are fiercely patriotic and enjoy great social equality; they tend to view other, more capitalist countries as somewhat immoral and corrupt.

The large, corrupt, socially-minded government juggles the competing demands of Defense, Education, and Law & Order. It meets to discuss matters of state in the capital city of Isonphis. The average income tax rate is 99.3%.

The frighteningly efficient Tertanian economy, worth a remarkable 2,036 trillion Tertans a year, is led by the Information Technology industry, with major contributions from Arms Manufacturing and Tourism. State-owned companies are common. Average income is an amazing 262,003 Tertans, and distributed extremely evenly, with practically no difference between the richest and poorest citizens.

Older AIs regularly threaten to send newer generation AIs to Reform Programming if caught rounding up instead of down, teenage TV characters are played by thirty-year-olds by the end of the second season, only adults may purchase violent video games, and it ain't easy to be green enough to be imported into Tertania. Crime, especially youth-related, is totally unknown, thanks to a very well-funded police force and progressive social policies in education and welfare. Tertania's national animal is the raven, which is also the nation's favorite main course.

Tertania is ranked 1,804th in the world and 8th in Confederation of Corrupt Dictators for Smartest Citizens, with 189.03 quips per hour.

Most Recent Government Activity: 4 minutes ago