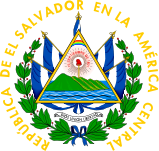 The Queen's State of Terrault is a gargantuan, orderly nation, renowned for its barren, inhospitable landscape, complete absence of social welfare, and spontaneously combusting cars. The hard-nosed, hard-working, cynical population of 29.046 billion Terraultians enjoy great individual freedoms in everything except elections, which, where they exist at all, are populist shams for a dictatorship government that has no intention of ever giving up power.

The tiny, pro-business government is primarily concerned with Law & Order, although Industry, Environment, and Education are also considered important, while Welfare and Spirituality aren't funded at all. It meets to discuss matters of state in the capital city of Capital Heights. Citizens pay a flat income tax of 7.8%.

The thriving Terraultian economy, worth a remarkable 1,143 trillion betales a year, is quite specialized and led by the Woodchip Exports industry, with major contributions from Retail, Automobile Manufacturing, and Beef-Based Agriculture. Average income is 39,377 betales, but there is a large disparity between incomes, with the richest 10% of citizens earning 204,215 per year while the poor average 4,114, a ratio of 49.6 to 1.

Students are known to arrive at school in their pyjamas, Terrault is notorious for its citizens' infidelity, heavy industry must go to expensive lengths to dispose of waste and avoid even more costly cleanup costs, and Terrault has designated Capital Heights as its capital city. Crime, especially youth-related, is a serious problem. Terrault's national animal is the deer, which teeters on the brink of extinction due to widespread deforestation.

Terrault is ranked 69,048th in the world and 5th in El Salvador for Largest Cheese Export Sector, scoring 2,126.99 on the Mozzarella Productivity Index.