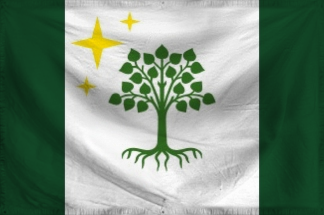 The Dominion of Targis is a gargantuan, genial nation, ruled by Matthew XIV with a fair hand, and renowned for its national health service, anti-smoking policies, and devotion to social welfare. The compassionate, hard-working, democratic population of 17.877 billion Targanians hold their civil and political rights very dear, although the wealthy and those in business tend to be viewed with suspicion.

The medium-sized, liberal government juggles the competing demands of Education, Healthcare, and Industry. It meets to discuss matters of state in the capital city of Mattopia. The average income tax rate is 93.2%, and even higher for the wealthy.

The frighteningly efficient Targanian economy, worth a remarkable 3,869 trillion Taurgs a year, is quite specialized and led by the Tourism industry, with significant contributions from Information Technology, Book Publishing, and Beef-Based Agriculture. State-owned companies are common. Average income is an amazing 216,455 Taurgs, and distributed extremely evenly, with little difference between the richest and poorest citizens.

There's never enough space in space, weekly religious services often resemble campaign rallies, the end of autumn is celebrated with a bonfire of designer bags, and Targis recently hosted the least successful trade negotiations since The Phantom Menace. Crime is totally unknown. Targis's national animal is the chimera, which frolics freely in the nation's many lush forests.

Targis is ranked 63,607th in the world and 202nd in Refugia for Most Income Equality, scoring 54.1 on the Marx-Engels Emancipation Scale.