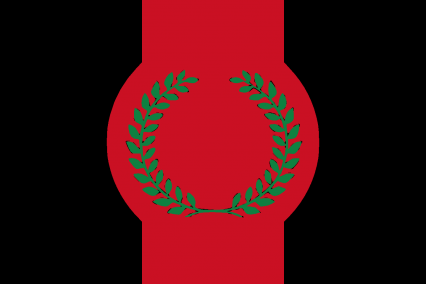 The Elothera Dapeda of Talamia is a colossal, socially progressive nation, ruled by Solionj Divenantio with a fair hand, and renowned for its museums and concert halls, prohibition of alcohol, and punitive income tax rates. The compassionate, democratic, cheerful population of 8.339 billion Talamians are free to do what they want with their own bodies, and vote for whomever they like in elections; if they go into business, however, they are regulated to within an inch of their lives.

The enormous, socially-minded government juggles the competing demands of Education, Healthcare, and Administration. It meets to discuss matters of state in the capital city of Clinepalas. The average income tax rate is 93.6%, and even higher for the wealthy.

The frighteningly efficient Talamian economy, worth 931 trillion Crematas a year, is driven entirely by a combination of government and state-owned industry, with private enterprise illegal. The industrial sector, which is extremely specialized, is mostly made up of the Information Technology industry, with significant contributions from Book Publishing. Average income is an impressive 111,740 Crematas, and distributed extremely evenly, with practically no difference between the richest and poorest citizens.

Nature magazines featuring stick insects on their covers are sometimes mistaken for fashion magazines, landless farmers wander forlornly in the government's many national parks, when their backs are against the walls Talamians look out for gay men, and Solionj Divenantio's media campaigns take a hiatus around exam week. Crime is totally unknown. Talamia's national animal is the Hoopoe, which frolics freely in the nation's many lush forests.

Talamia is ranked 13,027th in the world and 47th in Democratic Socialist Assembly for Highest Poor Incomes, with 98,522.04 Standard Monetary Units.