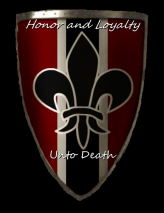 The Constitutional Monarchy of Synnadine is a gargantuan, cultured nation, ruled by Supreme Chancellor with an even hand, and remarkable for its anti-smoking policies, frequent executions, and punitive income tax rates. The compassionate, democratic, humorless population of 18.411 billion Synnadineans are fiercely patriotic and enjoy great social equality; they tend to view other, more capitalist countries as somewhat immoral and corrupt.

The enormous government juggles the competing demands of Environment, Defense, and Education. It meets to discuss matters of state in the capital city of New Alexandria. The average income tax rate is 91.0%, and even higher for the wealthy.

The all-consuming Synnadinean economy, worth a remarkable 1,912 trillion coins a year, is highly specialized and mostly made up of the Tourism industry, with significant contributions from Information Technology. State-owned companies are common. Average income is an impressive 103,867 coins, and distributed extremely evenly, with little difference between the richest and poorest citizens.

Police officers often conceal their identities to safeguard against public complaints, advertisements read like science journal articles complete with extensive references, it is mandatory to learn evolution in schools, and male cubicle workers stand up every time a woman enters the room. Crime is totally unknown, thanks to a well-funded police force and progressive social policies in education and welfare. Synnadine's national animal is the Great Mountain Wolf, which frolics freely in the nation's many lush forests, and its national religion is Church of Guardians.

Synnadine is ranked 241,112th in the world and 16th in The Great Chili for Largest Mining Sector, scoring -20.35 on the Blue Sky Asbestos Index.