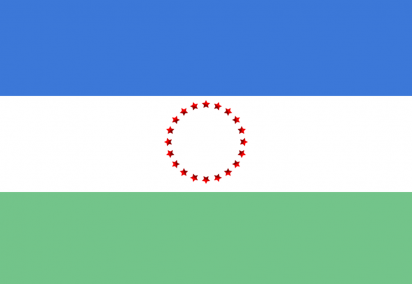 The Eighth Republic of Super-Llamaland is a gargantuan, safe nation, ruled by President Nicholas Hansen with an even hand, and remarkable for its sprawling nuclear power plants, punitive income tax rates, and restrictive gun laws. The compassionate, democratic, cheerful, devout population of 15.307 billion Llamaneans are fiercely patriotic and enjoy great social equality; they tend to view other, more capitalist countries as somewhat immoral and corrupt.

The enormous, socially-minded government prioritizes Education, although Environment, Welfare, and Industry are also considered important, while Spirituality is ignored. It meets to discuss matters of state in the capital city of New Llama City. The average income tax rate is 92.2%, and even higher for the wealthy.

The frighteningly efficient Llamanean economy, worth a remarkable 1,693 trillion Dollars a year, is highly specialized and mostly made up of the Tourism industry, with major contributions from Book Publishing. State-owned companies are common. Average income is an impressive 110,620 Dollars, and distributed extremely evenly, with little difference between the richest and poorest citizens.

The government awards prizes to television shows featuring stereotype-breaking minority roles, unpackaged foodstuffs rot on store shelves, in life full of care there is no time to stop and stare, and major cities shut down as their local sports team takes to the field every day. Crime is totally unknown, thanks to a well-funded police force and progressive social policies in education and welfare. Super-Llamaland's national animal is the Llama, which frolics freely in the nation's many lush forests.

Super-Llamaland is ranked 200,933rd in the world and 80th in Esportiva for Largest Basket Weaving Sector, scoring -9.32 on the Hickory Productivity Index.