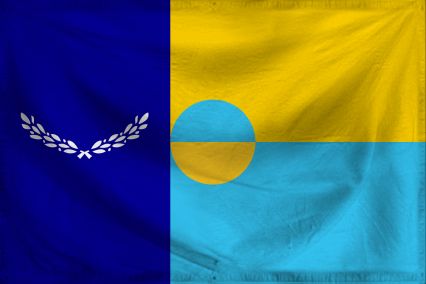 The Glorious Supreme Leader of Sunipi is a massive, safe nation, ruled by President Alexandra Marchand with a fair hand, and renowned for its state-planned economy, absence of drug laws, and stringent health and safety legislation. The democratic population of 1.654 billion Sunipians are free to do what they want with their own bodies, and vote for whomever they like in elections; if they go into business, however, they are regulated to within an inch of their lives.

The medium-sized, liberal, socially-minded, outspoken government juggles the competing demands of Healthcare, Welfare, and Defense. It meets to discuss matters of state in the capital city of Reiltas. The average income tax rate is 39.4%, but much higher for the wealthy.

The sizeable but underdeveloped Sunipian economy, worth 59.3 trillion Pounds a year, is driven entirely by a combination of government and state-owned industry, with private enterprise illegal. However, for those in the know, there is a slick, highly efficient, quite specialized black market in Tourism, Trout Farming, Automobile Manufacturing, and Basket Weaving. The private sector mostly consists of enterprising ten-year-olds selling lemonade on the sidewalk, but the government is looking at stamping this out. Average income is 35,823 Pounds, and distributed extremely evenly, with little difference between the richest and poorest citizens.

President Alexandra Marchand has just been declared ruler of Sunipi in an international press conference, census workers struggle to account for the rapidly increasing number of citizens to tabulate, new pilots are regularly reminded that they are more expendable than their planes, and election ballot papers are so long that unused ones are recycled as toilet roll. Crime is totally unknown. Sunipi's national animal is the Dove, which is also the nation's favorite main course.

The Hall of Dreams mausoleum,

Gaza and the west bank,