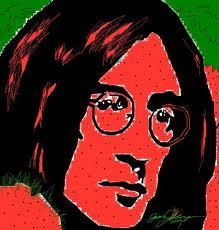 The John Lennon Utopia of Strawberrry Fields is a gargantuan, efficient nation, ruled by John Lennon with a fair hand, and remarkable for its rampant corporate plagiarism, hatred of cheese, and absence of drug laws. The compassionate, democratic, cheerful, devout population of 24.191 billion Strawberrians are free to do what they want with their own bodies, and vote for whomever they like in elections; if they go into business, however, they are regulated to within an inch of their lives.

It is difficult to tell where the omnipresent, liberal, socially-minded, outspoken government stops and the rest of society begins, but it juggles the competing demands of Education, Environment, and Welfare. It meets to discuss matters of state in the capital city of Imagine City Peacetopia. The average income tax rate is 98.9%.

The powerhouse Forever Strawberrian economy, worth a remarkable 3,113 trillion Strawberries a year, is driven almost entirely by government activity, with private enterprise illegal. The industrial sector, which is extremely specialized, is mostly made up of the Book Publishing industry, with significant contributions from Tourism. State-owned companies are the norm. Average income is an impressive 128,690 Strawberries, and distributed extremely evenly, with practically no difference between the richest and poorest citizens.

Public footpaths are being slowly eroded by the burgeoning number of ramblers, Strawberrry Fields's free colleges struggle to maintain standards in the face of overwhelming demand, anti-government political posters adorn every building like wallpaper, and highschool principals regularly send armed truancy patrols to drag problem students to school. Crime is totally unknown. Strawberrry Fields's national animal is the Walrus, which is also the nation's favorite main course, and its national religion is Brotherhood of the Walrus.

Strawberrry Fields is ranked 11,207th in the world and 3rd in Hippiedom for Nudest, with 218.75 Cheeks Per Square Mile.