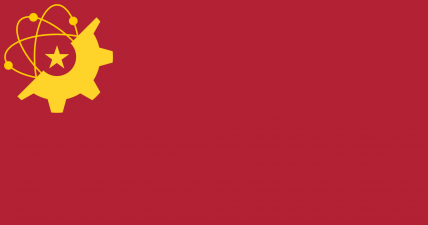 The Working and Mercantile Sneks of Strala is a colossal, efficient nation, ruled by Ya Yangtan with an iron fist, and notable for its anti-smoking policies, pith helmet sales, and frequent executions. The hard-nosed, cynical, humorless population of 7.593 billion Stralans are ruled without fear or favor by a psychotic dictator, who outlaws just about everything and refers to the populace as "my little playthings."

The medium-sized, corrupt, moralistic, socially-minded, well-organized government is primarily concerned with Defense, although Education, Law & Order, and Industry are also considered important, while Spirituality and International Aid aren't funded at all. It meets to discuss matters of state in the capital city of Somewhere. The average income tax rate is 97.8%.

The frighteningly efficient Stralan economy, worth a remarkable 2,179 trillion Denarii a year, is driven entirely by a combination of government and state-owned industry, with private enterprise illegal. However, for those in the know, there is a large, well-organized, broadly diversified black market in Information Technology and Arms Manufacturing. The private sector mostly consists of enterprising ten-year-olds selling lemonade on the sidewalk, but the government is looking at stamping this out. Average income is an amazing 286,987 Denarii, and distributed extremely evenly, with little difference between the richest and poorest citizens.

Sneezing pedestrians are grabbed by alley-lurking doctors, deceased politicians' MyFace profiles are unanimously pro-incumbent, Ya Yangtan's office has a newly installed Max-Man arcade game programmed by a 5th-grader, and tech-mad citizens think that the laser-powered bread-slicer uPhone App is the coolest thing since sliced bread. Crime, especially youth-related, is totally unknown, thanks to a capable police force and progressive social policies in education and welfare. Strala's national animal is the Dragon, which teeters on the brink of extinction due to toxic air pollution, and its national religion is God Snek.